Coziness, elegance and african atmosphere within a world heritage site

Kwalucia Private Safari Retreat is an exclusive African Safari Retreat born from the combination of the Zulu spirit and the passion for unspoiled wilderness.

Kwalucia Private Safari Retreat is nestled in the beautiful village of St Lucia, the only village in Southern Africa to be completely surrounded by a Natural World Heritage Site.

St. Lucia was first named in 1554 as "Rio de Arelas de Ouro" ("River of the sands of Gold") by the survivors of the Portuguese ship Saint Benedict. At this stage, only the Tugela River mouth was known as St. Lucia. Later, in 1575, the Tugela River was properly named Tugela. On 13 December 1575, the day of the feast of Saint Lucy, Manuel Peresterello renamed the whole mouth area to Santa Lucia. The 19th century saw extensive hunting for ivory, rhino horn and hippo teeth. Fortunately, the ecological significance of the wildlife and fish resources were recognized and protected by declaring this area a Nature Reserve on 27th April 1897. This reserve included the Lake and some of the surrounding land. The original reserve of 36 826Ha is considered the oldest permanently declared reserve in Africa.

In Zulu iSimangaliso means "Miracle or wonder", the words used by uJeqe, Zulu Emperor uShaka’s herbalist who entered this region in 1828 and reported seeing “miracles and beauty in the land of the Thonga”. In 1999 the same land that astonished uJeqe was voted the first of the 8 declared World heritage sites in South Africa by United Nations Educational, scientific & cultural organization: UNESCO.

iSimangaliso Wetland Park and within 75kms of its borders you can enjoy the following: 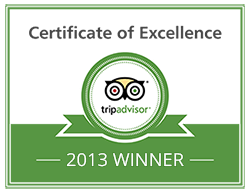 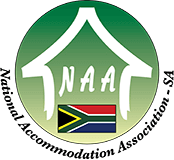